5 Tough Lessons for When Your Startup Fails


When your world stops spinning, the lights fade, and the silence surrounds you, you can finally think. These past 13 weeks have been the beginning of my next chapter, the regaining of consciousness, & the recovery from 13 months founding a startup.

This third instalment of the Teknically series (1, 2, 3, 4) transitions from telling our story to sharing the key lessons we learned. Part 3 examines what we learned professionally. Part 4, digs into how founding a startup poured gasoline on my personal development.

Pulling Back the Curtain

In parts 1 and 2 of this series, I’ve told how over 13 months we’ve been immersed in many aspects of the Kitchener-Waterloo Tech Scene. From Laurier Launchpad to winning national business competitions, Google for Entrepreneurs to managing co-op students and employees, pitching small business owners to interviewing at Y Combinator.

We’ve been immersed in the “Startup Experience” like few our age.

At our final Laurier Launchpad update presentation we summarized the five biggest lessons we had learned founding Teknically. Check out the video below, or skim the highlights in text. I hope it helps you see behind the curtain that makes startups seem unapproachable for most and only successful for the few.

1. MVP: The Medium is More Important than the Message

Our original MVP (minimum viable product) was a paper custom report we called the Webplio Snapshot Report. We managed to sell a few of them in January 2014 to local small businesses who were very interested in learning more about their website. We thought this meant we had validated Webplio.

We were dead wrong. 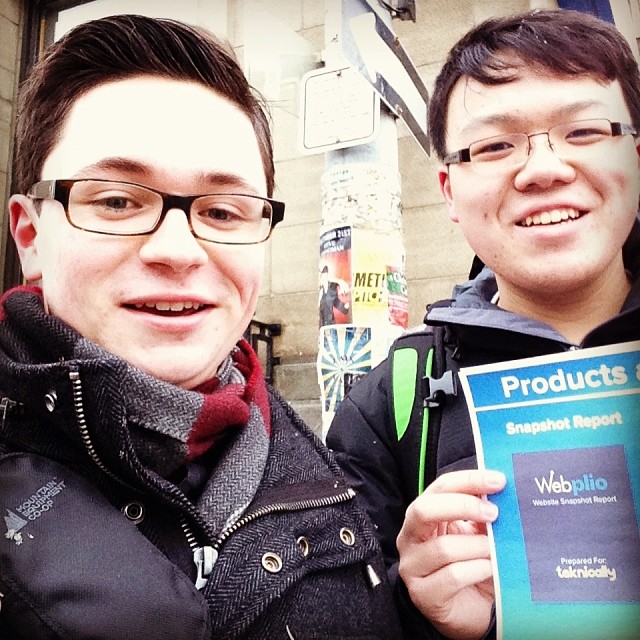 We had assumed that customers would love the information so much they would be willing to log on and see it on their screen. We were dead wrong in this assumption.

We realized the MVP must be the same medium as your final product. No alternatives (especially for software).

2. Speed to MVP is the most important goal. Period.

No business plans, wait lists, A/B testing of marketing, rockstar teams, competitions matter. Nothing matters until you have an MVP with users.

We fell into this trap by thinking the Webplio Snapshot Report had validated our MVP requirement. We thought that since we had sold some of our MVP we were okay to move on with other important areas. Retrospectively, I think this was our biggest mistake.

Competitions ate up months of time early on that would have been better invested writing code and launching an MVP. If both of us had been coding, we would have reached this goal much faster. 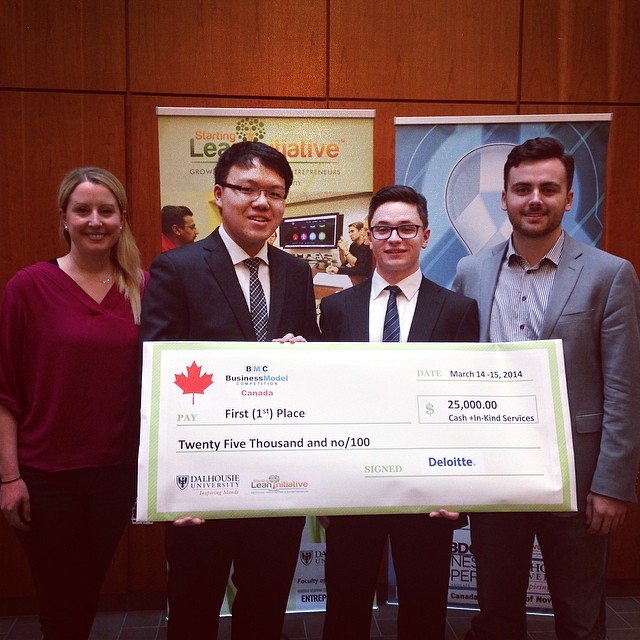 The early development stage simply can’t be outsourced outside of the founding team. Somebody needs to know all the code from the beginning. As new members join, they can be the lead in bringing them up to speed and having them understand the vision of the product. This simply isn’t possible if coding in parts or whole is outsourced and contractors change every couple months.

Put simply, if you’re a business major who thinks your idea is the next Google/Facebook/Snapchat/Uber and all you need is a cheap coder or technical founder to be successful, you are delusional.

Execution is worth more than ideas. Learn to code so you can make your product vision a reality. There are no substitutes, no short cuts, and with Code School, Codecademy, and millions of other free resources there are no excuses.

If you’re really serious about your idea, build it. If not, you’re still a wantrepreneur.

3. Do things that don't scale.

After the Webplio Snapshot Report we went straight into building the full Webplio Dashboard. We tried to jump from paper to perfectly scaled web app. What were we thinking?!

“Do things that don’t scale” is a classic piece of PG advice. We know now how profound it is.

At the end of the day, we had a product too big it was riddled with bugs, too long separated from actual users that it now wasn’t what they wanted, and a wait list of small businesses and organizations who never got to experience Webplio.

Launch your MVP ASAP. Work with users to fix bugs, rework designs, and prioritize features. Scalability should be part of your product vision, but top priority is on getting an MVP to users.

4. Be your customer, use your competitors.

We had never used Kissmetrics, Moz, Mixpanel, CrazyEgg, Taplytics, Optimizely and only primitively used Google Analytics. When we finally did give Optimizely and Mixpanel a try in October 2014 we realized that many problems in analytics had already been solved, and solved really well.

The classic YC startup has founders who found a problem while doing their job, decided to solve it with software, reached out to peers and others who had the problem, and boom…scaled to a $100 million dollar company.

The key to that story though is that it was the founders’ problem to begin with. They had tried every possible solution. They had built their own hacks. They had lost hours of productivity and hours of sleep to the stress of this problem. They knew the problem best, so they could now solve it.

From our customer interviews, we knew that no small business owner we had talked to had even heard of any competitors to Google Analytics let alone used them. Thus we concluded that we didn’t need to try them either, we would just focus on Google Analytics.

I had assumed the only power of competing products was just that they had more accurate or real time data. It wasn’t until I started using Optimizely and Mixpanel that I understood just how difficult it would be to build a transformative product on Google Analytics data. We would have no ability in Webplio to show small business owners the data they wanted on call to actions, sales funnels, internal clicks, heat maps, and split testing results.

It is very possible to be successful by solving someone else’s problem. Your success becomes very unlikely if you don’t take the time to use competing products and understand how your product will be measured against incumbents.

5. No founder is a superhero

We had opportunities to meet countless founders of startups in Kitchener-Waterloo, from around the world at the Kairos Global Summit, and even Y Combinator legends President Sam Altman, and founders Jessica Livingston & Trevor Blackwell.

It’s easy to get sucked into believing the hype… the energy… the disruption… that everybody but you is successful.

Meeting these founders and YC legends in person confirmed something I should have believed inherently: they are not superheros. Everyone no matter how successful is still human. It’s easy to point to Elon Musk, Thomas Edison, and Albert Einstein and say that some people are simply made for greatness. It is true no one could by hard work alone become a Musk, Edison, or Einstein.

But for the vast majority of other successful people, most have a base level of intelligence, innovation, leadership ability but the key differentiator is hard work and luck. There’s no formula for success, but it certainly isn’t limited to superheros, gods, or existing startup founders.

We can all achieve greatness because even theirs is still only that which is possible for man.

I still have no ragrets. I wouldn’t change any aspect of our journey, all the lessons I learned will be valuable for the path forward. I see life more clearly and am thankful for the journey and people that have led me here.

I’m still learning so I hope you don’t take the above as fact. Take these thoughts, wrestle with them, and determine what you want to believe. Don’t take anything you’re told for granted. Make your own thoughts. Craft your own destiny.

My next post goes into how founding Teknically poured gasoline on my personal development, check it out here!