7 Personal Lessons from Founding a Startup


When people use analogies of your co-founder being like a wife, a startup as your baby, and employees as family, it shouldn’t be a surprise to find a startup has a massive effect on your personal life.

I founded Teknically three months after I turned 18, so I already was growing at a fast pace becoming an independent adult. Being a founder put me in unique circumstances to force me to grow faster than I would have before. I am the man I am today because of Teknically, here are 7 personal lessons it helped me learn.

I covered these 7 tips in a talk I did at Startup Laurier in January. Unfortunately the camera cut out midway through so I’ve tried to cover below the main points from the talk. Also here are the startup books & resources I mentioned in the talk:

In parts 1 and 2 I give more details about our journey. In short, over 13 months we met hundreds of mentors, student entrepreneurs, experienced founders, and investors. I’m thankful to so many for their support and wisdom that helped us avoid many of the most common mistakes made as founders.

That being said, I also learned two key things about people that I have hinted at in previous posts and talks:

i) Everybody is just human.

There are no startup superhero founders. Stop worshiping people, it skews self thought about your own capabilities. Success isn’t limited to those with some supernatural ability, it comes down to hard work, perseverance, and a bit of luck. You can do it.

ii) People don't know what they're talking about.

Few people are real experts, even fewer know your business better than you do. We came to realize that even though the mentors and entrepreneurs we met with were clearly intelligent people, nobody had the right answer all the time and some never did. The key was to listen, process, and confidently make decisions whether they aligned with all or none the perspectives we heard.

In July 2007 I attended a National Speakers Association conference in San Diego and one of the self-made speakers shared a remarkable quote:

This has always stuck with me and I’ve seen the consequences play out repeatedly when I forget to feed my mind. Read anything, read everything. Over the course of 2014 I averaged one book per month. Since January 2015, I’m up to one book every two weeks, still aiming towards the goal of one book per week.

I’ve found the books I’ve read in the past 16 months have kept my mind alert, open to new ideas, and helped me grow as a person (wondering what those books were…find out in an upcoming blog post).

I started with interesting biographies and relevant startup books. I soon branched into non-fiction, history, and even fiction (which I used to rarely read). Start reading with whatever you’re comfortable with and expand after that. Once you make reading fun, learning will be too.

In high school I read a book called Courageous Leadership by Bill Hybels that fundamentally changed how I viewed leadership. He successfully proved that business management techniques were just as useful to build a successful church as they were in any organization.

He suggests in his book that leadership isn’t simple like a straight line. It’s not just leading those below you by setting goals or casting vision; as a team leader, club president, or even startup founder. True leadership extends for 360º. 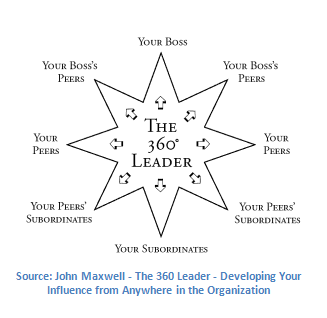 It involves leading by example and helpful words nudging in the right direction those beside you; as peers, classmates, or good friends. Leadership includes proving by example a better work ethic, a better way to live, addressing those above you respectfully; your bosses, executives, or elders.

It’s the area where most leaders fall off the path, when they let themselves off the hook, don’t hold themselves to a higher standard, or don’t take the time and energy to keep improving themselves. It can be easy to settle into a complacency and prideful self-righteousness when you don’t lead yourself with the same vigor that you lead others.

When I have failed, it has almost always been as a result of a failure to lead myself. This failure is unforgiving and like a toxic oil spill, the effects eventually spread to all other areas of your leadership circle and life.

I have two distinct memories of becoming overwhelmed by failure in the course of our startup. Both revealed an immovable reliance I had put on success to justify my understanding of who I was as a person.

In February 2014 we competed in the Laurier Entrepreneurship Competition and blew away the crowd with a very polished presentation. Compared to others who presented in terms of their idea and presentation I was sure without much of any doubt that we would win.

That’s the assumption that makes you feel that third place was a failure.

I was shocked and kept desperately wanting to know what did we do wrong? How could we have presented better? Which aspects of our product and business plan weren’t made clear? My parents and others helped me realize that we didn’t do anything wrong.

It took a while but I have. When we competed later in Halifax and Provo, my mindset going in was very different. I didn’t have any assumption that we would win simply based on being the best, we needed to tailor to the judges. In Halifax we successfully did that and won first place. In Provo, we weren’t as successful. Regardless of the results I was still very happy with how we did, separate from our place in the standings.

In November 2014, we interviewed unsuccessfully at Y Combinator in Mountain View, California. My reaction then was different. I began to think back over everything we had accomplished; competitions won, mentors impressed, co-op students hired, innovative software designs, overflowing waitlists of customers. Had it all been false positives, had it all been for nothing?

We had succeeded in so many different ways. We had learned so much. No, we didn’t get into Y Combinator. And no, we wouldn’t be continuing the business. But by no means had we failed.

One of the greatest legacies of this failure will be not my complete rehabilitation, but the beginning of a new journey to root my self-worth in a foundation that doesn’t sway in the winds of failure or the rising tides of success. 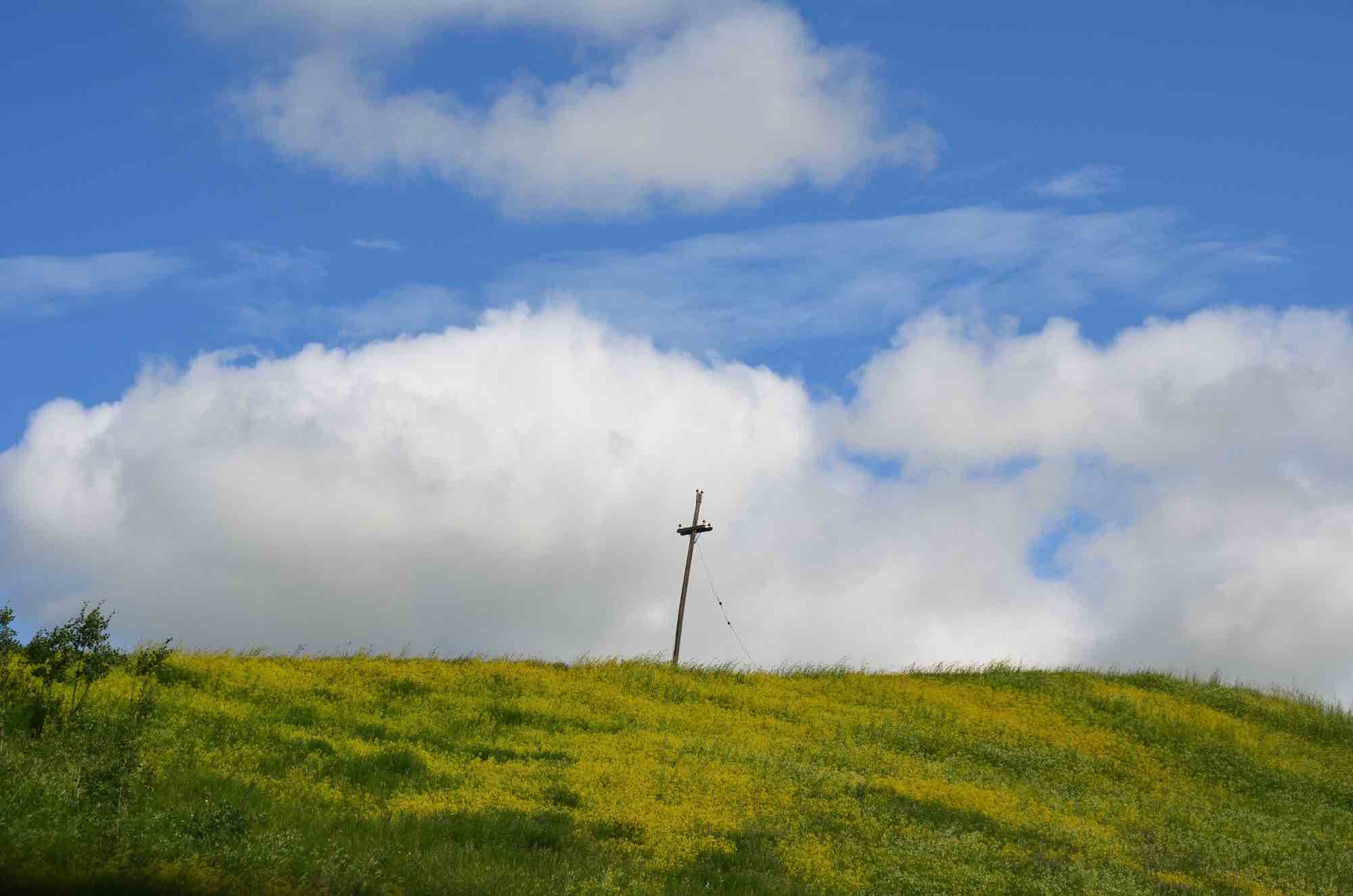 I wouldn’t be honest with you if I didn’t bring this up. Any founder will admit to the anxiety that can sink in late at night or right before an important presentation, the stress that can seem to compound with each day, the doubts of whether this is all going to be worth it.

I don’t think these feelings are necessarily limited to founders. In life all of us must deal with failures, stress, anxiety, fears, doubts, feelings of inadequacy. Some founders I’ve known have found relief in yoga, meditation, and regular exercise. Though I’ve also found relief in exercise and dance, I’ve only found one cure to these worries.

My faith in Jesus Christ has been the rock on which I can stand through the storms of life. In Him I’ve been freed from the chains that held me when I based my self-worth in success and my own abilities. I no longer feel like an addict looking for the next hit of applause, success, or recognition. I no longer feel the need to maintain appearances of having it all put together. I don’t have a monopoly on the right way to live life, so I’m learning to better respect people from all walks of life. We’re each on our own journey, none of us are in a position to judge.

I hope each of you finds a strong foundation to build your life upon. Christ is that rock for me.

Yet a Better Way

Spending first year at Laurier I’ve seen first hand what so many people do with their free time at this age. I don’t think it’s a stretch to say most of us don’t have kids, full time jobs, or mortgages. At this unique time in our lives don’t you think we might have a greater purpose than just partying?

As university students in the West, we already are among the top 0.5-4% of the world. We are equipped with resources and time that very few people in the world have. I don’t have any perfect answers on what we should be doing, but I feel we must do something.

It’s easy to ignore the facts, to just stay busy with clubs, class, and parties. Most people don’t get the opportunity to live an easy life. The few of us that do, have the responsibility to not settle for it.

Thanks for reading! Please comment, subscribe below, or follow if you’re feeling good vibes. Always looking for feedback! Next postI go through 6 ways you can BBQ a squirrel…