Two eggs over easy, hash browns, double bacon, ham, sausage, french toast. It’s hard to tell which was the final straw but by the end of lunch on December 2nd, Teknically was finished. We were going back to university. Our startup journey had reached the end.

Well I suppose this deserves a bit more explanation. Let’s go back to where we last left off: “…let the post-post-secondary adventure begin.”

As seemed to be the pattern with our startup journey so far, life without classes didn’t slow down, it only got faster. Within days of signing final deferral paperwork, we had decided to apply for Y Combinator and I already had plans to go to California! 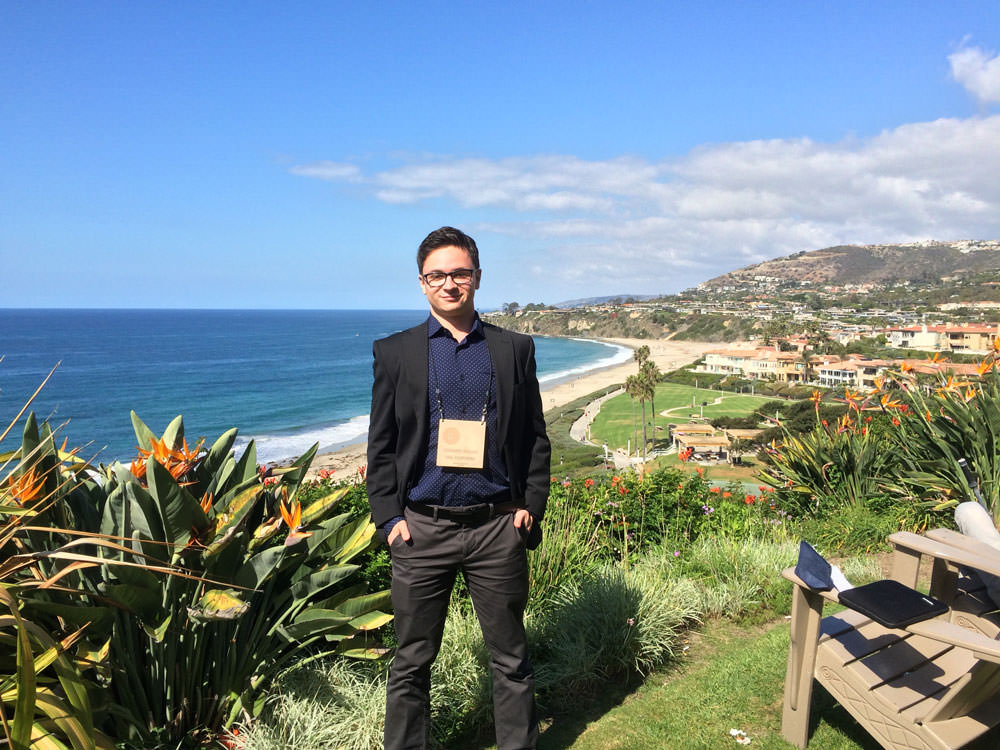 Writing with a Dying Pen

Writing a Y Combinator (YC) application is like trying to write with a dying pen, each letter has a price. As Brandon continued Webplio development at a frantic pace, I began writing our application for the Winter 2015 YC batch.

My first draft was good by my standards, even my usual family and friend “editors” had little to change. My perspective shifted when we talked to our first YC alumni. In Skype calls and Google Hangouts our application was picked apart. In the most helpful way, alumni had specific insights and, of course, the single most important piece of YC advice: be concise.

The single most important piece of YC advice: be concise.

With each major rewrite I managed to cut text by another 25-40%. By our final rewrite, we were down to counting syllables instead of words. On October 10th we opened our Webplio signup list and got 56 signups from different subReddits. In true Teknically style, we submitted the application with under an hour left before it was due on October 14th.

Everybody talks about the value of being concise. Applying to YC forces that realization. The experience has shaped how I write and evaluate the clarity of a message.

Ritz On the Rocks, Hold the Crackers

The Kairos Global Summit was an annual invite only gathering of 300 of the brightest student entrepreneurs in the world. From over 50 countries and 100 top universities, Kairos entrepreneurs were tackling tough problems in health care, clean energy, education, and other fields. Two weeks before the summit, my friend and President of Kairos Canada, Desmond Choi messaged me asking if I wanted to attend the conference.

I was very surprised and honoured to be invited to the summit. Not only was this a very cool personal opportunity but with such a broad representation of entrepreneurs, VCs, and mentors, it was a great networking opportunity for Teknically. I quickly purchased plane tickets and 2 days after we submitted our YC application, I was on a flight to Los Angeles! 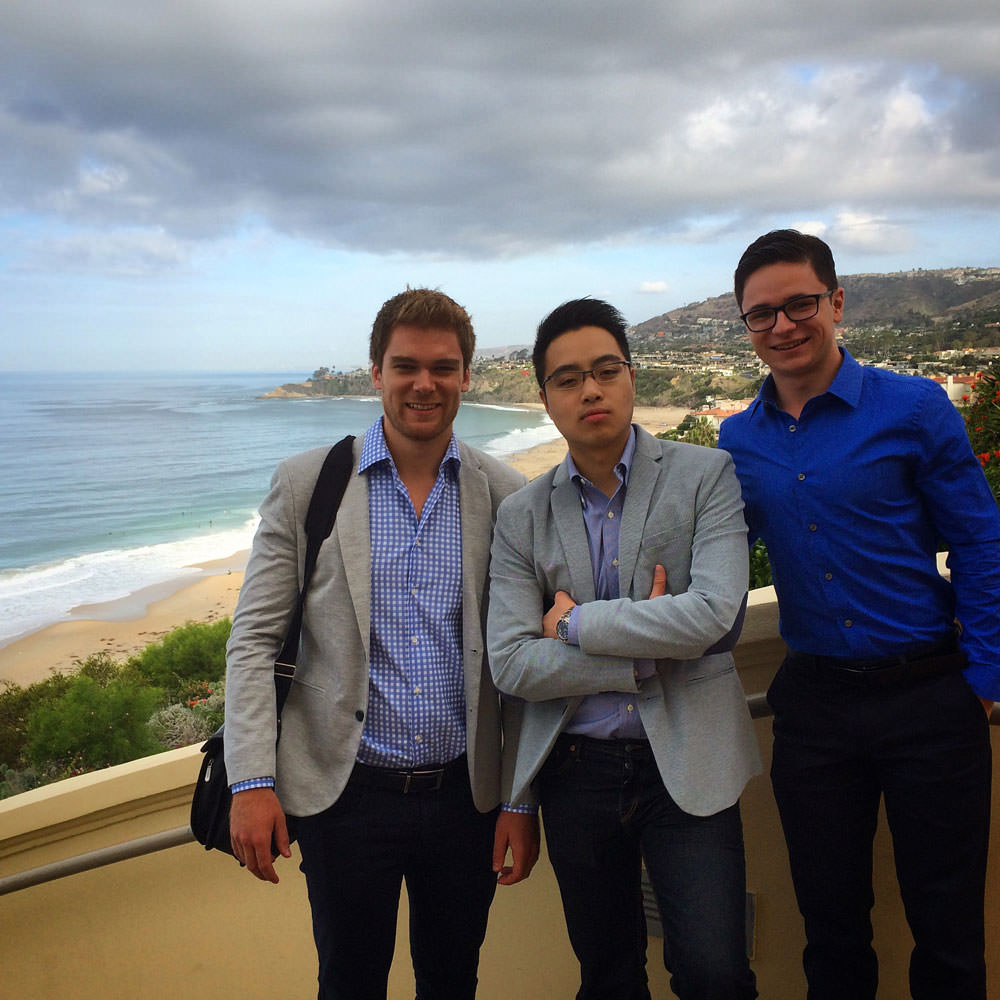 It was hard to believe my eyes. Our hotel room overlooked the ocean and the conference events were held at the Ritz-Carlton Laguna Beach down the road. I had never attended an event with such luxuries and sponsorship subsidized costs for all attendees.

There were very interesting panels with industry experts from around the world. There were coaching sessions for fundraising and pitches. There was even a showcase for the K50 top companies of the year with technical innovations across many industries.

At dinners and social events I met fellow young entrepreneurs from around the world. These people, though they had accomplished so much more than me, were just as approachable, friendly, and genuine as anybody else.

Successful entrepreneurs aren’t “gods”. We can all achieve greatness because even theirs is still only that which is possible for man.

There wasn’t any inherent “super power” they possessed. They weren’t radically more intelligent or innovative. They had kept working hard and managed to take advantage of the opportunities that were presented to them. Successful entrepreneurs, whether the ones I met or Bill Gates, aren’t “gods”. We can all achieve greatness because even theirs is still only that which is possible for man.

From A to YC

I returned from Kairos emboldened to work harder towards our goals. Over the next two weeks we made great progress and continued to grow our waitlist as we patiently awaited the result of our YC application.

October 28th came and it was difficult not to keep constantly checking our email. We recognized intellectually that our chances were very slim. Over 5,500 startups apply each batch, less than 7% even get an interview, and under 2% are accepted.

We had a better chance getting into Harvard University than YC.

Finally at 6:22pm the email arrived in my inbox. “Thank you for applying to Y Combinator. Your application looks promising and we’d like to meet you in person…” We got the interview! I called Brandon, my parents, and enjoyed a couple minutes of ecstatic celebration.

There were just over two weeks until the interview. With our new relationships, we set up mock interviews with YC alumni. The Velocity YC Interview prep session gave us broad perspective. With just days before our flight, we revamped our entire value proposition to make it easier to understand. Hours of practice, countless rewrites, plane tickets bought: we were ready.

Through the (Silicon) Valley of the Shadow of Death

To San Francisco we flew and each minute got more exciting. From the airport we took the BART subway. From the BART we took the CalTrain. Classic train stations for all of the Silicon Valley towns from Redwood City to Menlo Park, Palo Alto to Mountain View.

It was my childhood dreams coming true…I really like(d) trains. 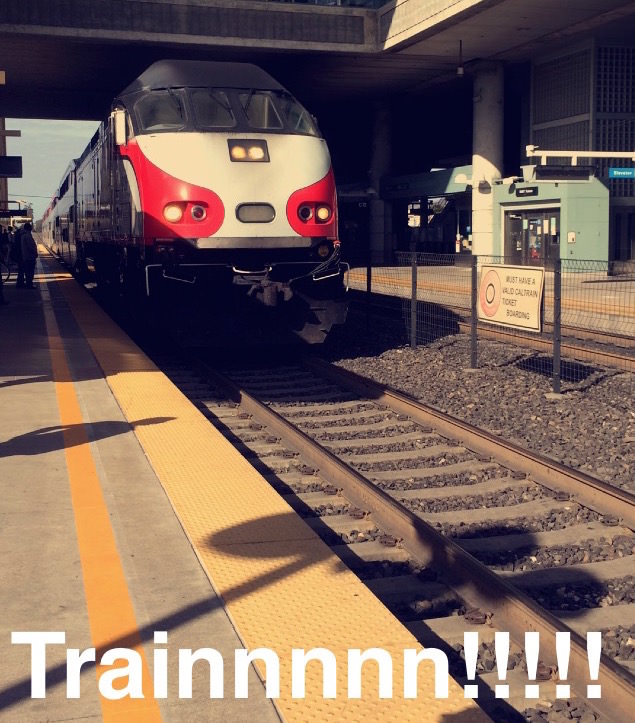 Once in Mountain View, we struck two vital aspects of valley life off the bucket list: we took an Uber to our Airbnb. A bit more practice and nap time and then we went exploring. We ended up at a nice local Italian restaurant right on the downtown Mountain View strip.

“I’m pretty impressed, Andrew. This is the type of restaurant I thought we’d go to tomorrow night to celebrate,” Brandon said.

I thought by this time we already had a right to celebrate. We were in Silicon Valley interviewing at Y Combinator. Pretty awesome for a pair of 19 year olds straight outta the 905. 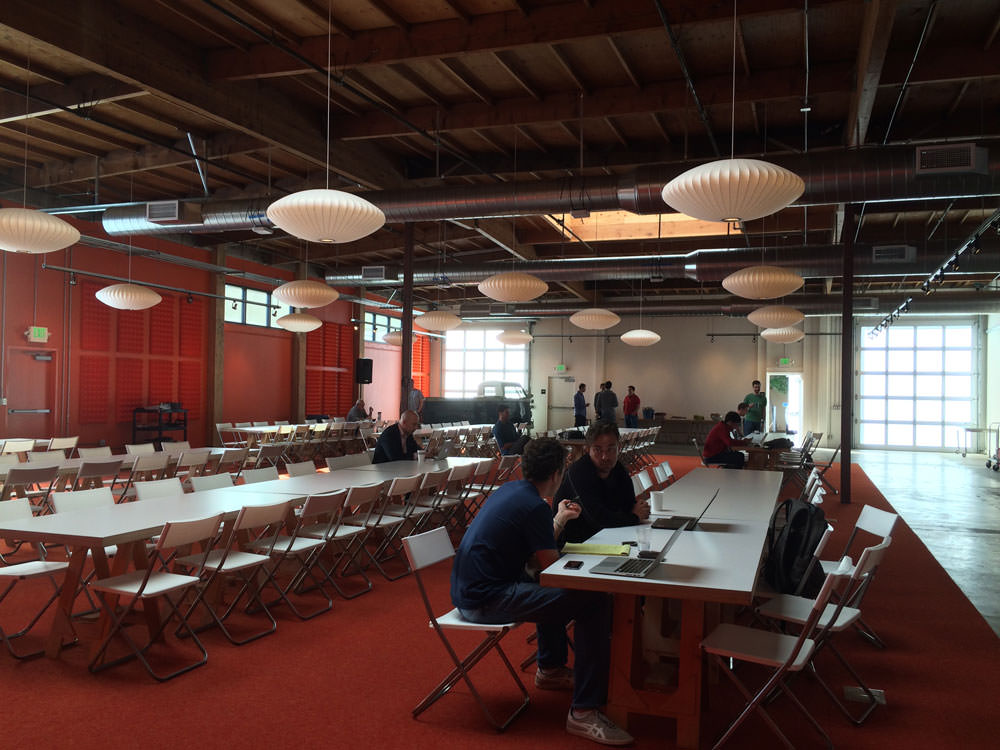 Our interview was at 11:45am on a Thursday. We had a very calm morning leading up to it. We stopped by a Turkish bakery in town for breakfast, Uber-ed to YC, and had an hour to just bask in the glow of the orange walls.

It was exciting to finally be in the place we had dreamed of, the common thread between Dropbox, Airbnb, Thalmic Labs, Pebble, and most of the top startups from the past decade. This exhilaration was met with an equally powerful feeling of peace. Not from confidence in our preparation and in our abilities, but from my faith. I felt no anxiety or fear as words of scripture echoed through my mind.

“Though I walk through the valley of the shadow of death, I will fear no evil.” Psalm 23 (KJV) 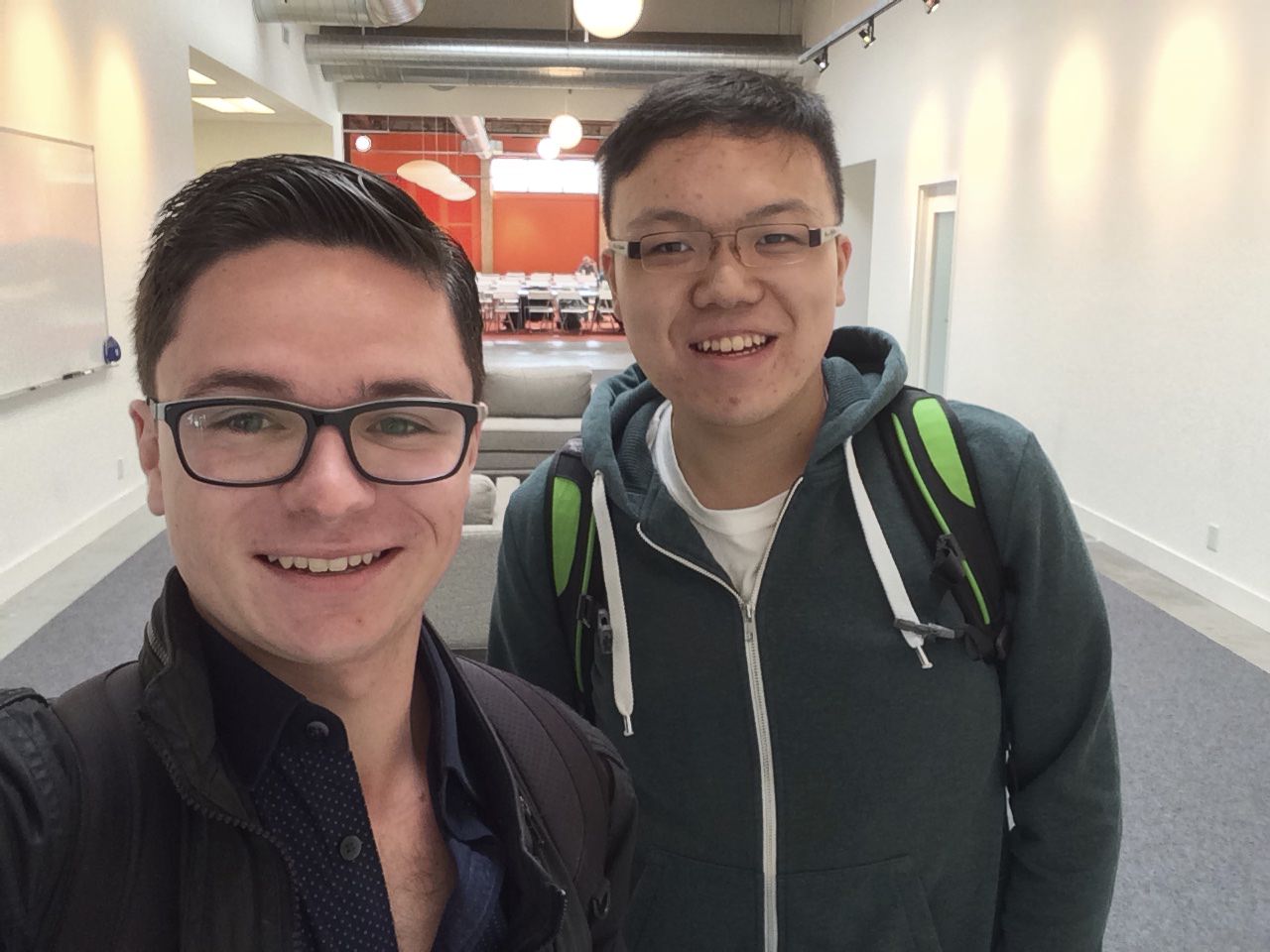 We interviewed with Sam Altman (YC President), Jessica Livingston (Founder of YC), Trevor Blackwell (Founder of YC), Jon Levy (YC lawyer), and Elizabeth Iorns (part time YC partner). Even when speaking with one of the toughest interviewing panels in the valley, I realized I wasn’t stressed. They were still just people, not “gods” of the startup world.

The ten minute interview flew by. I was happy, we had done our best, but now we had an afternoon to kill. Judgement would be passed down that evening in the form of an email (rejection) or a phone call (acceptance). Brandon and I both had our own coping strategies. 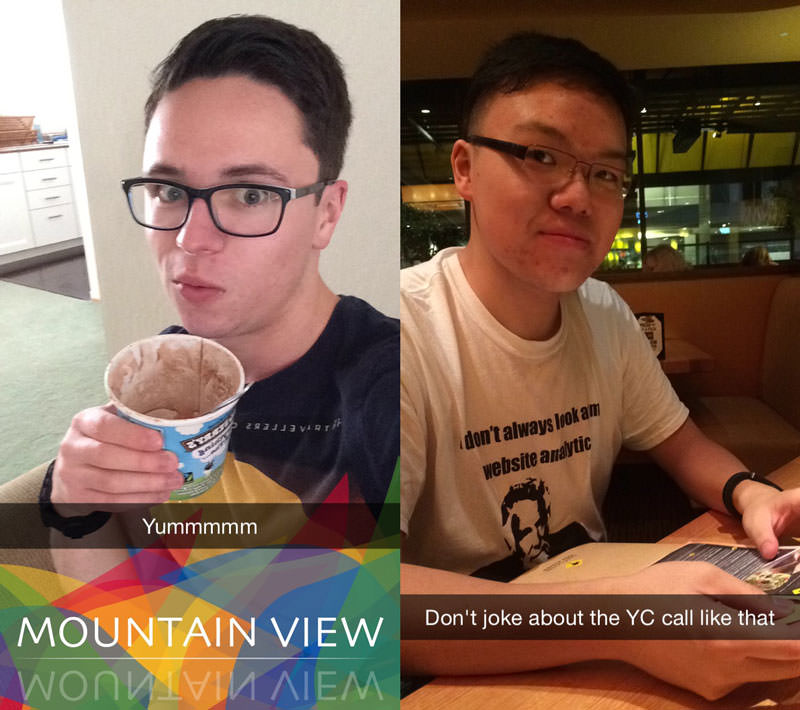 We got caught up on some Hawaii Five-0 episodes and then took the CalTrain up to San Francisco where we’d be spending the night at our friend Mike’s apartment. I got my camera out and had some fun capturing some of the cityscape and soon were eating at a California Pizza Kitchen…in California. 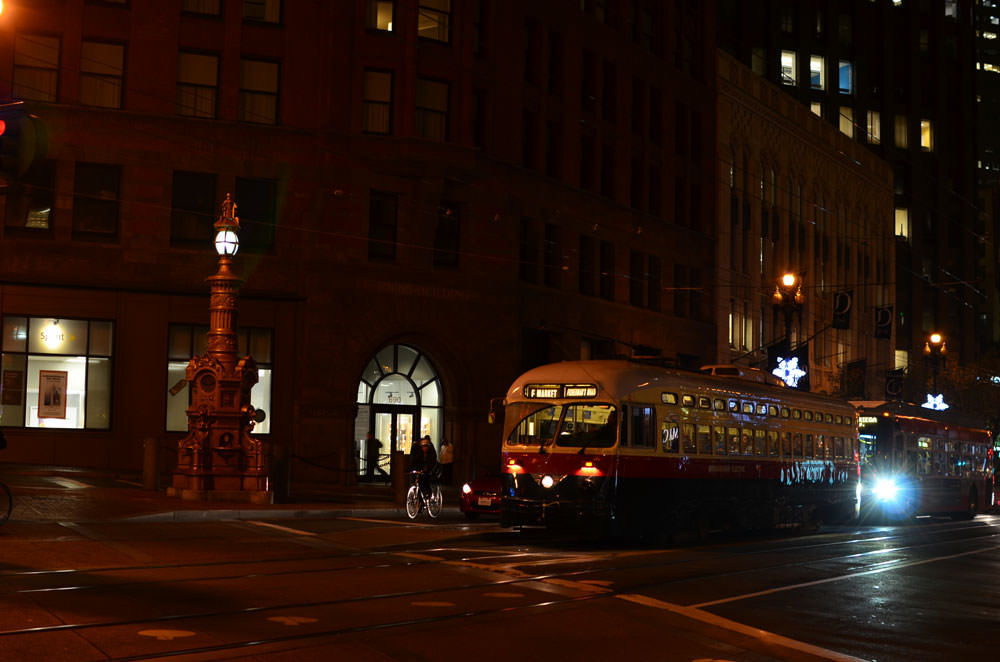 As we were walking to the Canadians @ YC meetup we got the email. It felt like being hit by a truck but with less blood. I was intellectually prepared for the email but not emotionally. I took a few minutes to pray and collect my thoughts.

I kept reading the email over again. They liked us as founders but didn’t like Webplio. They thought we’d make good founders of a company but that there were marketing executives who had significantly more domain expertise in analytics.

Rejection stung, but they were right.

It just took us another three weeks to come to this realization ourselves.

We then headed to the meetup. There were free drinks to dull the emotions, a panel discussion, and I got to meet some of the YC alumni with whom I had only Skyped. All were very encouraging and supportive knowing themselves that few startups ever get the phone call for their first YC application. We headed back to Mike’s for the night and got a couple hours of sleep before our 4am wake up to fly home.

Each of us took some time to try and figure out what we would do next given our limited financial runway. We could start coding ourselves and reduce outsourcing costs. We could start working on another idea. We could shut Teknically down.

We settled on cutting costs and each coding, but with a new idea that we could get to market in three weeks and hopefully revenue by Christmas. In mere days I had picked up Angular.js and Brandon Node.js, Express, and MongoDB. Two weeks in we had made remarkable progress.

Unfortunately, both of us were starting to realize that the dream was fading. Over a hearty Mel’s Diner lunch on December 2nd, we came to the conclusion that it was the beginning of the end. After 13 months of running on fumes, we needed time to breath. It was too late for another Hail Mary pivot. We would close up shop and go back to university.

Our dreams for Teknically may not have been realized in the fullest, but the legacy will live on in memories, refined skills, and lessons learned. We may have fallen behind in our degrees, but we got a massive head start on life experience. That is priceless. And that is why I have no ragrets.

I’m thankful to many. Family and friends for your support. Dad for your guidance and steady perspective. Laurier Launchpad, Steve Farlow, Sandeep De, Dave Inglis, Anne Forler for taking a chance on a pair of first years who thought they could make Google Analytics better. Communitech. Google for Entrepreneurs.

I’m excited to start math classes at University of Waterloo in January and hopefully continue there in Computing and Financial Management (CFM) or Computer Science (CS) starting in Fall 2015. Brandon will be continuing in the BBA/Computer Science double degree program at Wilfrid Laurier University.

Life is a wild journey. I’ve felt like I was on top of the world or other times like it’s caving in. Through it all, my faith has been the foundation that lets me confidently move forward to meet whatever life throws at me.

As the old dream fades, a new one comes into focus. Keep dreaming new dreams, eventually one will come true.