How we won a Presidential Campaign

Sam Lambert was the underdog going into the 2014 WLUSU* Presidential campaign.

I worked as co-lead for marketing on the campaign and worked with Sam and his campaign staff to determine his winning strategy. We successfully made the election about character. Who will you trust to be professional, inviting, and a worthy representative of Wilfrid Laurier University on campus and abroad?

Sam regularly wore bow ties, so we strategically used that as a symbol of his character and used it liberally in print, digital, and video marketing. By pushing early on for students to associate Sam’s bright and trustworthy character with bow ties, we didn’t even have to say Vote Sam in posters late in the campaign when there were more restrictions. We could just show a bow tie icon and voters would immediately think Sam.

I was actively involved in marketing strategy meetings, developed his campaign website, and did full video production for his main campaign video (below).

Sam was elected by under 300 votes in one of the tightest elections in years. In talking to voters and those involved, many attributed the win to our bow tie strategy which pushed for both higher impressions on students and pushing the campaign to be one on character, not politics. 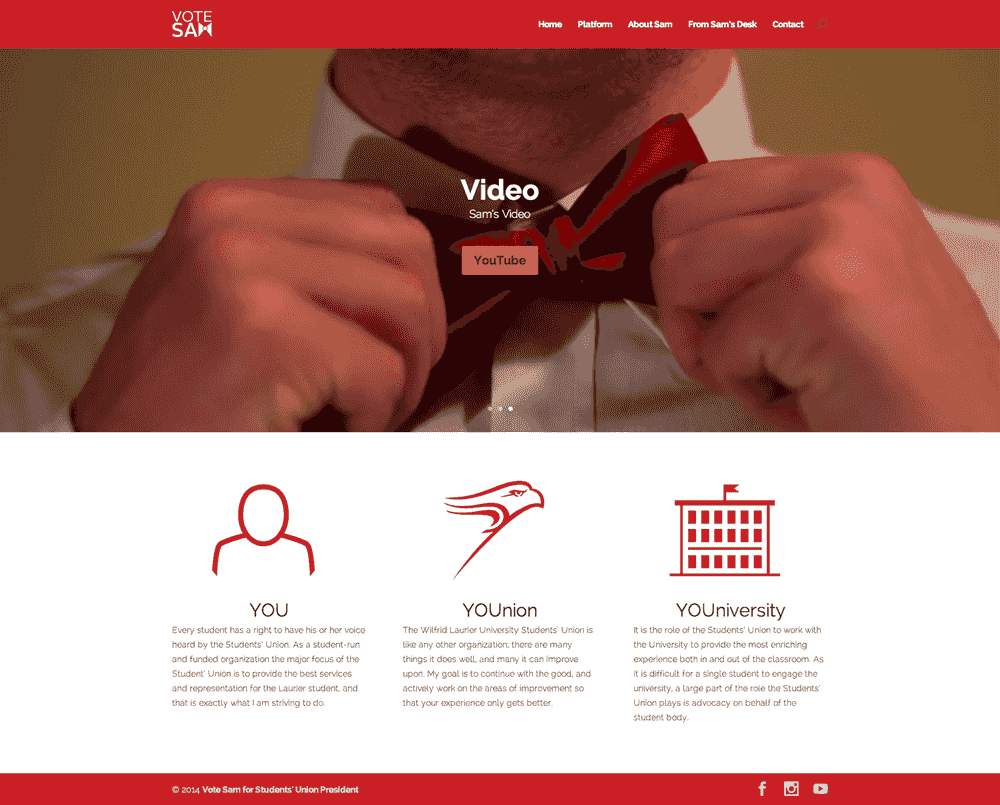