Coding on iPad: Welcome to Reality


Looking for a job or co-op? Check out Hired.

Since September, I have brought only my iPad to classes. With the exception of one math class in the Fall, I’ve taken all my notes on my iPad.

For CS136 and CS246, I’ve done significant portions of coding on my iPad. And for my blog and other writing, I’ve written tens of thousands of words on my iPad.

Despite how productive you can be with an iPad, it still has the stigma of a simple media consumption device.

This dissonance prompted many questions from classmates this semester who weren’t surprised by a terminal running on a Microsoft Surface, but were astonished to see one running just as well on an iPad.

Using my iPad and iPhone as primary devices forces me to engage with the new limitations, user experiences, opportunities, and challenges in this next wave of computing.

Today, I explain how I’m productive on an iPad and why I choose iPad in spite of it’s limitations.

How I am productive on iPad

Productivity on an iPad is a function of how well you can manage with a bluetooth keyboard, and whether there exist stellar apps for the tasks you need to accomplish.

After years trying different keyboards, I found the Brydge Air. It has a pesky Siri key where the fn key should be but is otherwise flawless. 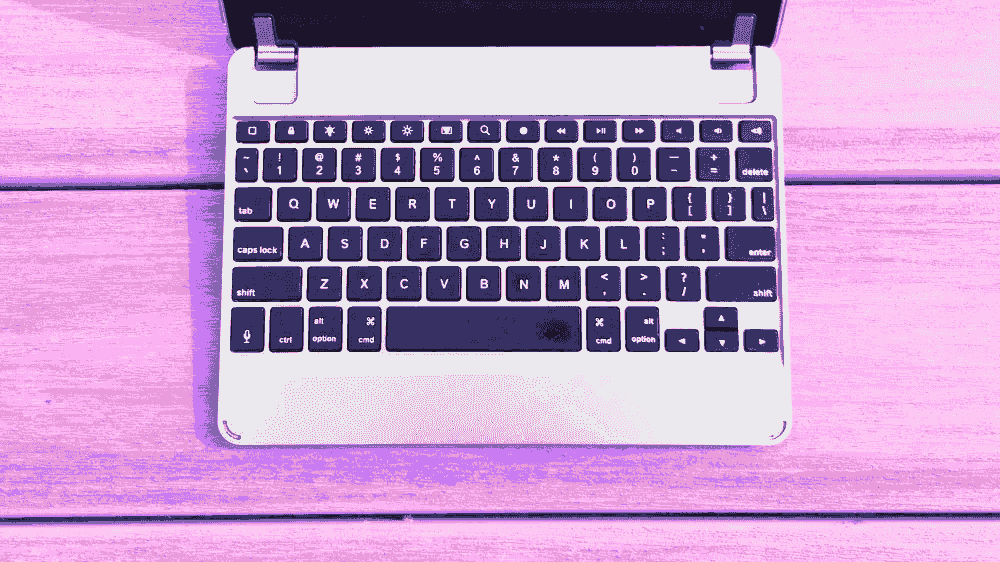 For math and economics classes, I’ve come to rely on the Pencil from Paperby53 or the Adonit Jot Proto write notes in OneNote that has ever improving drawing support.

This past year, iOS9’s keyboard support and split view multitasking has made doing real work on the iPad possible. I’ve found the two app limit often liberating as it lets me focus on a single task with no visual clutter. 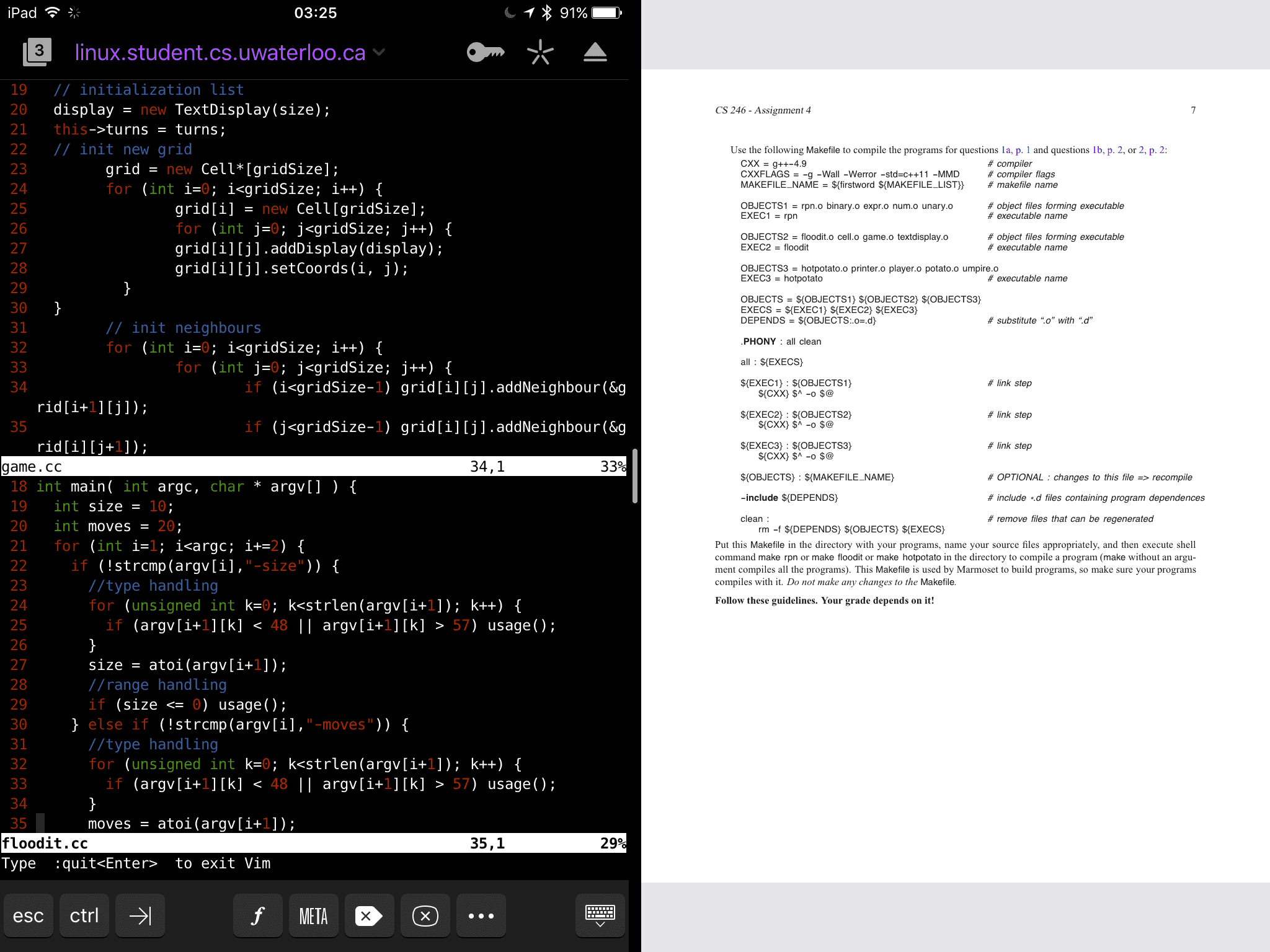 For most regular tasks, I was equally or more productive on my iPad, than my laptop.

Where the iPad falls a bit flat in productivity, it soars ahead in portability. It is light, has a small footprint, and a battery that lasts a full day.

Every day (except when CS246 assignments were due), I was willing to sacrifice some productivity for less weight in my bag and an all day battery.

Beyond ergonomics and battery life, learning how to use an iPad productively is preparation for the future.

Each generation of computers has been disrupted by a cheaper, less powerful, less “productive” class of devices. 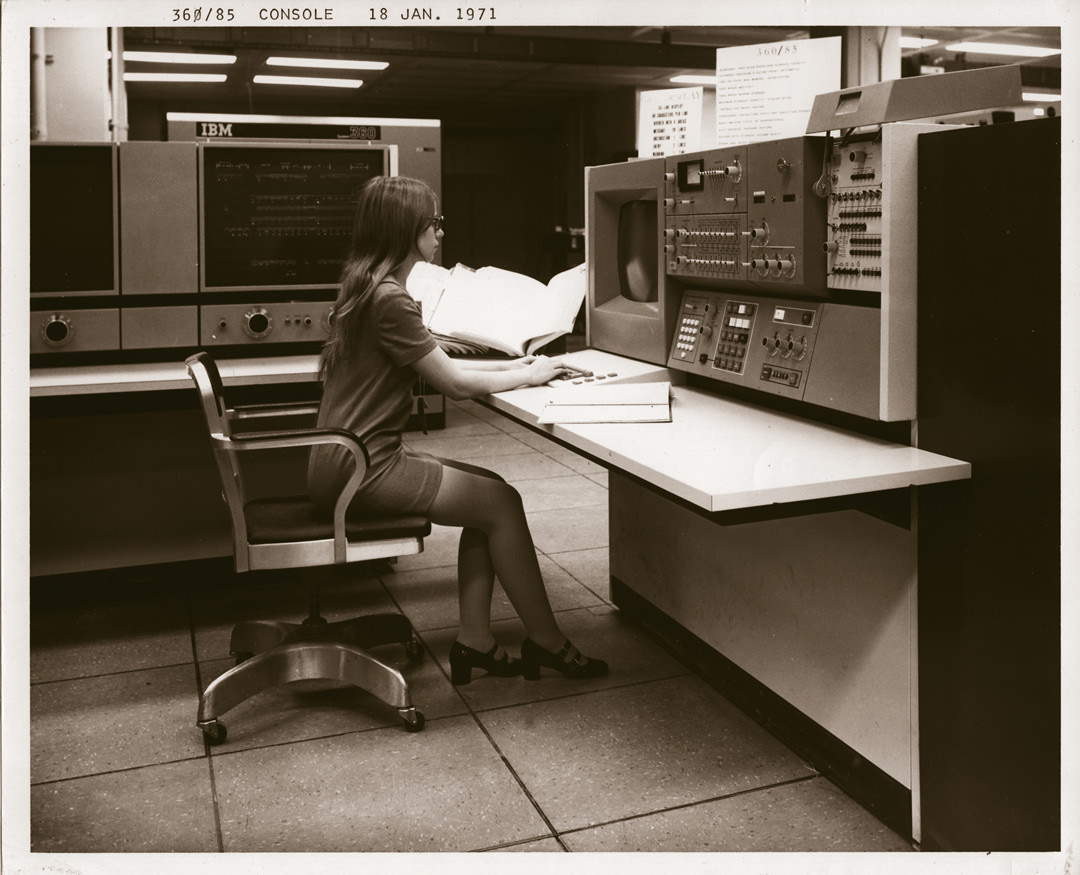 And yet, most regular people are not crying about the slow down of desktop computing.

With the iPad and smartphones, people have found a more approachable user experience in a device so portable they can always have it with them. This is a winning formula.

iPads and smartphones are the next major paradigm shift.

The disruption has begun…

Houston, we have a problem

Just this year Google announced that more searches are now done on phones/tablets than desktops (1). The tipping point where most web traffic is mobile is fast approaching.

Gary Vaynerchuk has some thought provoking ideas on how this this shift will impact B2B. He suggests that websites reliant on traditional techniques like Google Adwords, email lists, pop up forms, or display ad revenue will adapt or die when these lucrative strategies stop working on mobile.

Gary’s got a point.

The internet was built around a browser.

Snapchat Discover stories. Chat bots. Instagram influencers. YouTube celebrities. Samsung, Ford, and other Fortune 500 companies are sponsoring videos like this and this (featured below). Watch those and ask yourself if you’d remember any Samsung or Ford TV ad better than the YouTube placement.

The world is moving from mobile first, to mobile mostly.

Billions with a B

Furthermore, tablets and smartphones are how the next 3 billion people will first experience computers and the internet. Over 80% of people in the West are already online. Yet, less than 46% of China, 19% of India, and 1% of another 178 developing countries have access to the internet (2).

Smartphones and iPads that we brush off as inferior devices to the all mighty laptop will be the primary computers for billions of people. Smartphones have become increasingly affordable, cellular networks continue to expand, and entrepreneurs have already recognized the huge opportunity.

Services like banking, education, and healthcare can now be provided to billions through text message & limited data connections

The post-PC world won’t just make life easier for kids and Grandmas. It could bring millions out of poverty.

Six years later, we are past the early adopter stage.

People are choosing tablets for their primary computer.

The future is here.

What a time to be alive.

@Andrew_Paradi @verge Thanks. Obviously, depends on personal needs and preferences, but I use iPad heavily. Screen/weight/size/power great.